TOWER 90
design for a residential ensemble with high-rise building, Frankfurt a. M., 2016. 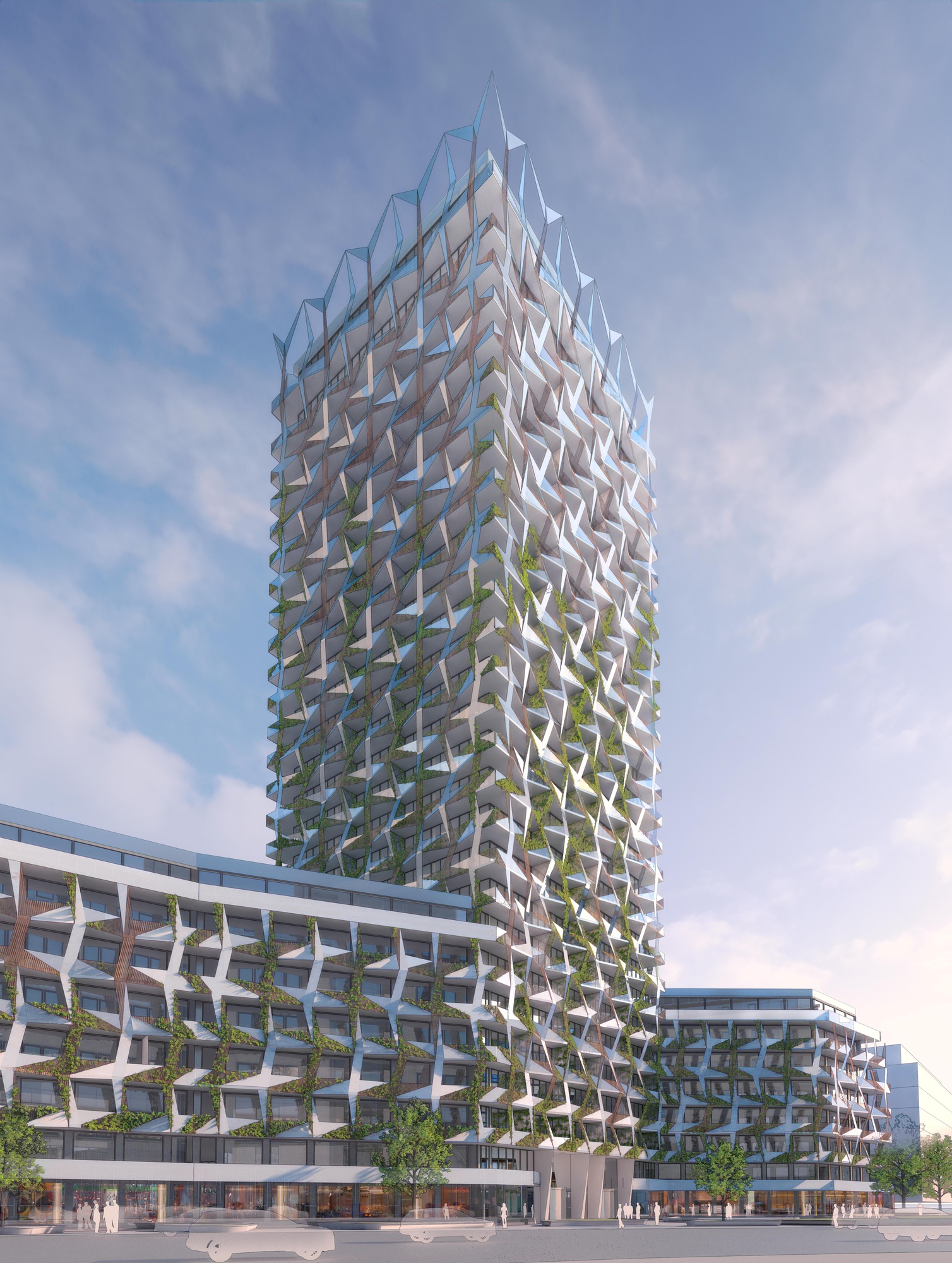 The competition consisted of a realization part (high-rise residential building) and a design part for adjoining perimeter block buildings. Our design shows the possibility of a coherently connected overall figure, in which the perimeter block buildings were attached to the high-rise building as curved wings, so that all parts of the building were treated as aesthetically equal on the outside. The advantage of such a solution is the cohesive social unity. regardless of the fact that the different parts of the ensemble appeal to socially different groups. In addition, there was the proposal of a green façade with iconogaphic potential, which can also be experienced by the residents as green outdoor spaces.